One of the more common concerns we address at our practice is dogs with ticks. At least in New York City, cats are generally indoor creatures at minimal risk for tick exposure. But for dog owners, the fear of ticks looms large. While the tick bite itself is usually painless, the main risk to the dog’s health comes from the multitude of infectious agents ticks can carry. Given the serious nature of the diseases associated with tick bites, it’s always worth having your dog examined by a veterinarian if you find a tick on them, or suspect that exposure has occurred.

Yes, even in the urban jungle of New York City, ticks are rampant in the city’s parks. In 2019, the tick that spreads Lyme disease became as prevalent in many NYC parks as it is in rural parts of Connecticut, where Lyme disease was first reported. In our practice, we see the most number of tick bites not in the height of tick season (summer), but at the beginning of spring and mid-autumn, cool but not frigid parts of the year when owners (incorrectly) believe that ticks are no longer a threat. Therefore, people get lax about giving the monthly flea/tick preventatives. Because extended periods of subzero temperatures are required to kill adult ticks, ticks are still quite prevalent during these transition periods, and the less intentional an owner is with administering flea/tick preventatives on time, the more opportunities there are for a tick to draw a nice, warm dinner from the dog’s blood. Ensuring consistent, year-round administration of these preventatives is the best way to keep your dog happy and free of the diseases that ticks can cause.

WHAT ARE THE RISKS?

There are three primary tick-borne disease that affect dogs: Lyme disease, Ehrlichiosis and Anaplasmosis. All diseases are caused by bacteria that enter the dog through the blood vessels and create similar, vague symptoms of lethargy, fever and loss of appetite. There are a handful of other diseases that dogs can contract from ticks, but these are less common in this part of the country.

Lyme disease is probably the most infamous tick-borne disease, due to the life-changing effects it can have on people who contract it. Fortunately in dogs, the disease is typically diagnosed more readily and treatment tends to be very effective.

In the Northeast, an estimated 10-25% of ticks carry the bacteria responsible for Lyme disease. When an infected tick bites a dog, a bacteria called Borrelia burgdorferi enters the blood stream, where it can either be cleared by the dog’s immune system, or set up an infection that will go on to cause the symptoms associated with the disease. A tick must remain attached for 1-2 days for Lyme disease to be transmitted. Therefore, even tick preventatives that kill ticks when they bite are very effective at preventing Lyme disease, as the tick dies before transmission occurs.

Of the dogs that get exposed, only 5-10% show symptoms, typically within 2-5 months of infection. Symptoms in dogs include fever, swollen lymph nodes, swollen joints or a limp that shifts from one leg to another every few days. The classic “bullseye” lesion seen in 80% of people exposed to Lyme is not typically seen on dogs, however this can briefly occur.

Less commonly, Lyme-positive dogs can develop severe inflammation and damage to the kidneys. This is thought to occur in about 1-2% of cases. In the rare situations where Lyme disease is fatal, kidney failure is often the cause of death. Labrador retriever and golden retrievers are overrepresented in Lyme cases, but Bernese mountain dogs may also be more susceptible to Lyme disease than other breeds.

Some neurologic disorders and forms of heart disease are theorized to be associated with Lyme disease in dogs, but this has not been confirmed.

While the same organism causes Lyme disease in dogs and people, there is no significant risk that a dog with Lyme disease could transmit it to her owner

Like Lyme disease, Ehrlichiosis is caused by a bacteria (Ehrlichia canis or Ehrlichia ewingii most commonly) that enters the dog’s blood stream after 1-2 days of attachment. The symptoms caused by this disease depend a bit on the region of the country where the tick lives, but in general include: depression, dehydration, fever, anorexia, weight loss, vomiting, diarrhea, and enlarged lymph nodes. This disease is also known for causing blood clotting disorders, as well as ocular and neurological abnormalities. However, as with Lyme disease, these symptoms often onset months after the tick bite, making it sometimes challenging for owners to associate these symptoms with the bite that caused disease.

In this country, the Southwest and Southeast are the highest-risk regions, especially the states of Arkansas, Louisiana, Oklahoma, Tennessee and Texas. While German Shepherds are most susceptible to this disease, any dog can contract this disease from a tick bite.

Caused by bacteria in the genus Anaplasma , Anaplasmosis is most common in the Northeast and mid-Atlantic. California is also a hotspot for this disease. Transmission can occur when an infected tick attaches to your dog for at least 24 hours.

Symptoms are similar to that of other tick-borne diseases, and include lethargy, lack of appetite, fever, and lameness/painful joints. Less commonly, symptoms like vomiting, diarrhea, coughing, and difficulty breathing. are seen. Certain types of Anaplasma bacteria can even cause bruising on the gums and stomach, nosebleeds, and other signs of clotting disorders. Labrador retrievers and golden retrievers seem to be overrepresented for this disease, but all dogs are susceptible.

Babesiosis: Yet another tick-borne disease caused by bacteria that enter a dog’s blood stream during a bite, babesiosis is an often-overlooked condition with vague symptoms that include pale gums, decreased appetite, depression, difficulty breathing, weakness, and fever

Hepatozoonosis: After ingesting an infected tick, dogs can become infected with a condition called hepatozoonosis. Similar to other types of tick-borne disease, symptoms of this disease include loss of appetite, weight loss, and depression.

Rocky Mountain spotted fever: unlike most tick-borne diseases, which are associated with a slow-burning set of vague clinical signs, RMSF is a more dramatic condition which, if not diagnosed and treated quickly, can be fatal. Whereas other tick-borne diseases require that the tick be attached for 24-72 hours for transmission, RMSF requires just 5-20 hours of attachment for transmission. Fever, nausea, vomiting, skin rashes, loss of appetite, and muscle pain are all symptoms. Despite the name, this disease is not restricted to the Rocky Mountains; ~60% of U.S. cases are found in just five states: North Carolina, Oklahoma, Arkansas, Tennessee, and Missouri

HOW DO YOU DIAGNOSE THESE DISEASES?

The most common way of diagnosing tick-borne disease is an in-house blood test called 4DX, which checks for Lyme, Ehrlichiosis and Anaplasmosis (as well as heartworm disease). This test is an antibody test, which checks only for the immune system’s response to an infection, rather than the infection itself. Therefore, if your dog comes up positive on this test, it may be advised to send out additional blood samples for confirmatory testing that will help your veterinarian understand whether the infection is active or not, as well as to determine if the disease has caused any more serious problems. Urine tests can occasionally help look for the effects of kidney disease. Lyme disease specifically has a blood test that can measure efficacy of treatment over time for chronic cases. The less common tick-borne diseases have blood tests that specifically look for the bacteria or infectious agent that causes the disease.

ARE THESE DISEASES TREATABLE?

Fortunately, all of these diseases are treatable, and if caught early enough, the prognosis is quite good. Antibiotics are the mainstay of treatment, although in serious cases more medical intervention may be required, such as fluids or pain control. In most cases, animals that are sick from the disease feel substantially better after just a few days of treatment. Of course, in more severe cases, extended periods of treatment and/or hospitalization may be required.

HOW DO I PREVENT MY DOG FROM GETTING TICK-BORNE DISEASES?

Minimizing your dog’s exposure to ticks and keeping them on a year-round preventative are the best ways to keep your dog safe from tick-borne disease. There are dozens of products on the market, so talk to your veterinarian about which options make sense for your goals, budget and lifestyle.

A vaccine does exist for Lyme disease in dogs, but this vaccine is not 100% effective at preventing the disease. While the vaccine can reduce severity of symptoms in dogs that contract Lyme, it is no replacement for year-round flea/tick preventatives. Furthermore, while the Lyme vaccine only protects against one tick-borne disease, preventatives reduce or eliminate the risk of all tick-borne diseases.

WHAT SHOULD I DO IF I FIND A TICK EMBEDDED IN MY DOG?

If possible, contact a veterinarian to ensure complete removal. If seeing a veterinarian is not a possibility, attempting to remove the tick yourself is still a good idea. This kills the tick and reduces the chance that disease can be transmitted. Follow-up with your veterinarian as soon as possible to evaluate the site of the tick bite. They will be able to tell you whether your removal attempt was successful, or if the head was retained.

Visit this site for a prevalence map of the tick-borne diseases most common in the region of your destination. 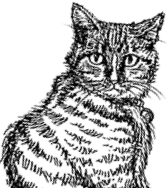